Other Things to See and Do

We may have castles and distilleries a-plenty, but there’s much more to see and do as well, from golf, wildlife, walking and cycling, to shopping, theatres and events.

Moray Firth Bottlenose Dolphins
The Moray Firth contains a resident population of Bottlenose dolphins in excess of 140 animals, making it the largest such population in the North Sea. These animals are much larger than individuals of the same species in warmer waters elsewhere in the world. There are also large populations of both Common and Grey seals, harbour porpoises and some fabulous marine bird watching opportunities. A good place to find out more is the Scottish Dolphin Centre at the mouth of the River Spey. Or go on a sea adventure with North 58 from Lossie marina. 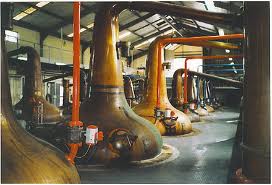 Spirit of Speyside Whisky Festival
The Spirit of Speyside Whisky Festival is an established event on the whisky lover’s calendar! It features around two hundred events over the four and a half days, ranging from a formal Opening Gala, exclusive whisky dinners, to in depth tours of distilleries not normally open to the public, to more family orientated events such as scenic train trips through the whisky heartland with the Keith & Dufftown Railway. First May bank holiday weekend. 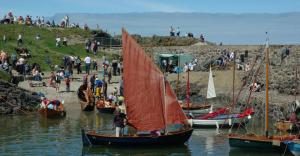 Highland Games
Scottish Highland Games are a series of events where people gather to watch athletes from throughout Scotland and further afield toss the caber, throw the hammer, and take part in many other traditional games. From the skill and agility of the heavies, the colourful and proud massed pipebands, and the traditional flair of the highland dancers, this is a spectacle not to be missed. Those within easy reach of the cottages include games at Gordon Castle, Tomintoul, Dufftown and Aberlour.

Johnstons Cashmere Visitor Centre and Shop
Independently run since 1797, Johnstons has been making beautiful knitwear, clothing and accessories from the most luxurious wools known to man for over two centuries. At the mill on the banks of the River Lossie in Elgin you can take a free tour, shop till you drop or indulge in one of the homebakes in the elegant coffee shop.

Try one of Moray or Aberdeenshire’s many golf clubs
This is the Region where green fees are among the most affordable in the land and where there is not only world class golf by the seaside but splendid inland and parkland challenges to perfectly complement them. Elgin and the Moray Golf club in Lossiemouth spring easily to mind. Duff House Royal and Royal Tarlair Golf Clubs are within 15 minutes of Sandend and Donald Trump’s International Golf Links is little more than an hour away.

New Wave Surf School
Want to have a surfing lesson or hire the gear? New Wave Surf School give lessons predominantly at Lossie East Beach but are mobile and will go to whichever beach suits! Kids lessons from age 8. Suds surf school is now based in Sandend and offers equipment hire and stand up boarding as well as lessons.

River Lossie cycle path follows the river providing 7km of traffic free route suitable for all users, not just cyclists and enables users to travel from Lhanbryde to Elgin without using the road. Watch the short video to see more!

Go for a walk! Walk Highlands lists different walks of all abilities by area whether you are looking for a strenuous hike up Ben Rinnes or a section of the coastal walk.

Try your hand at archery at the Bowhunter Archery Activity Centre a few miles west of Nairn.